letstalk à dit:
"Girls gotta eat" some Moroccan girls may think when it comes to catcalling men on the street, coffee shops, or shopping places.

"This is how my parents got to meet first time" some other Moroccan girls may say.

Do you think girls must behave such way to increase chances of getting married before it is too late? Why and why not?

This become a real pussy call then… miaou

Damn i’ve got it

J’ai assisté à un truc du genre hier
Enfin plutôt , à stuff like that ? Or something like that .

nwidiya à dit:
Either they catcall or they gonna die
Don’t they ?
Cliquez pour agrandir...

This was your understanding of the topic. I hate to say this, sorry again

My name is Basma, single woman, 32, I live in the city of Oujda. I was a sad woman. I felt my life was a waste and has no meaning. I love children but I don't have a family so I can't have children at this moment. Although I am a young woman, I felt heartily dead like a rose with black and dead petals. "What's wrong with me?" questioning myself many times when I was in those few dark moments alone inside my family house during the night. I was mentally and physically down until my two best friends, Assia and Houda, visited me. I felt better. Actually, I felt much better. The sweet supportive talks brought a smile to my lips again, they both took a pic of me that day I felt like born again. 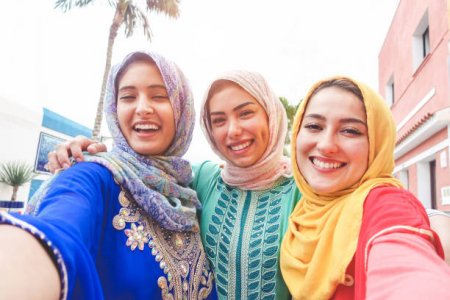 Both are married. Assia has a-one-year-and-two-month child, but not Houda yet. She just got married three months ago. Their secret is "go get a husband" and not wait for the wind to blow a man near you.

"I am from a family, a conservative family, and..." I was saying when Houda suddenly interrupted me
"so what!". Her eyes lingered on my face. "The man who is my husband now I had to catcall him on a busy street publicly," she added, "I don't care what people think" she added more

"I am not sure about this whole catcall idea but I will give it a thought" I replied to her softly.
Assia was smiling. "Nothing will be between you and where you want to be" Assia shouted at me "And you want a husband" she shouted again.

After they left I felt happy and the fire I had in my gut was gone.


While I was doing some personal errands I saw a guy on the other side of the street who has a huge smile on his face each time he speaks to his fellows. Realistically, this is the kind of man I like. He seemed to me tall and handsome. Young and strong. Simple and healthy but not rich. Rich man isn't my type anyway. Half of me was telling me no way you can't actually do this, but the other half of me was begging me why not life is short. Just do it. I decided to catcall this dude.

As I was near to them he was still talking and he seemed to me speaking Darija but not mixed with French. People who started a sentence in one language and finished it with another language are most likely to me confused men and they have no interest of me. Not at all.

They all seemed baffled looking at me but not him. He smiled again and said "How can I help, sister"
"I am not your sister but I could be your friend" Shouted once again at him
"Would you like to be friend of me" asked him softly this time with a smile on my face
"I am..." he was about to say something
"I have to go now" I interrupted him, my father expecting me before certain hours to be home,
"If you give me your phone number, I let you meet my father, and ask him to invite you in our home, you know you could be part of our family"

His comrades still baffled but not him. He laughed and smiled at me and told me his phone number.

Assia and Houda were so happy to hear that I was in a serious relationship fifteen days since then. And they were eagerly to know more! 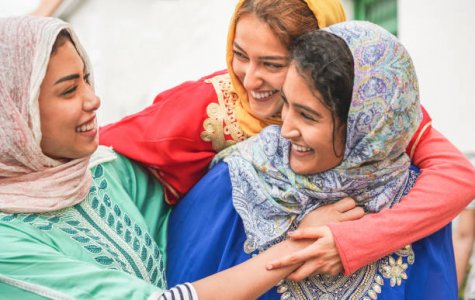